Why should I book Rich? 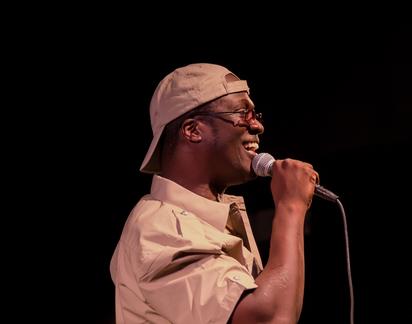 Here are all the different ways you can connect with Rich.  And yes, we know this is technically not the corner, but the fact that you even thought of that means you're very smart and should be commended for being superior.  Thank you for allowing us to bask in your radiance.

As one of the most sought after comedians in the South, Rich has opened for Snoop Dogg, Hannibal Buress, and Rob Schneider.  He was selected to appear on both Houston's "Whatever Fest" (starring Bobcat Goldwaith, TJ Miller, and Iliza Schlesinger) as well as the "Come and Take It" Festival, which starred Norm McDonald, Maria Bamford and Todd Barry.  In addition, Rich was chosen from a nationwide pool of over 300 comics as the Winner of "Loni's Laugh Off," and not only opened for Loni Love at the World Famous Venetian Hotel in Las Vegas, but also appeared in two separate episodes of Fox's Emmy Award Winning TV Talk Show "The Real"